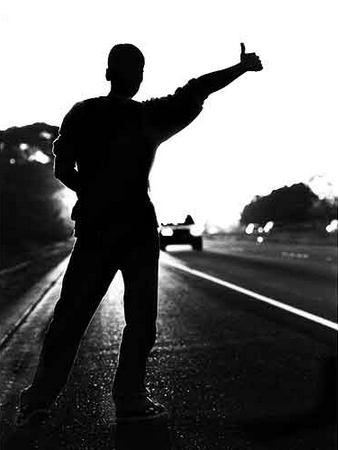 Do you remember when Jay-Z and Beyonce got married?
I do.
I was standing in a gas station somewhere on the border of Montana and Idaho waiting for a shift change to be carried out. On a Greyhound bus, I’d just learned, each passenger must disembark before the drivers change places at a different location. I had boarded the bus four hours previously in Bozeman, Montana at 3:15am and while I’d rather not have parted with my seat and my pillow, I held my tongue and walked sleepily into the freezing cold morning. Had it been a less ungodly hour, I might have protested, or at least had the wherewithal to grab my purse.
Instead, I walked into the gas station groggy and shivering. It was heated and like a dog curling up in front of the fire, I settled in to the magazine rack. This was 2008, long before Bey ran the world, when Jay was still the power of the couple by my estimation and before they named their child a color. People magazine had printed a story about their very private penthouse nuptials. “From the White Orchids (70,000!) to the Famous Guests and the Crazy-Expensive Cigars, Inside the Power Couple’s Ultra-Private New York City Wedding” read the by-line.
Seventy thousand orchids, I thought, I better see what that looks like. And, obviously, I hoped to see a picture of the dress.
I didn’t get to see pictures of either. I shut the magazine a little disappointed, but also kind of happy that they’d actually pulled off a celebrity wedding that the paparazzi hadn’t infiltrated.
Good for them, I thought, placing it back on the shelf.

“Weren’t you on that bus?” the meth addict cashier said to me. I looked through my red eyes at her brown teeth trying to process the tense she was using.
“What?” I asked, mentally preparing myself for some kind of atrocity.