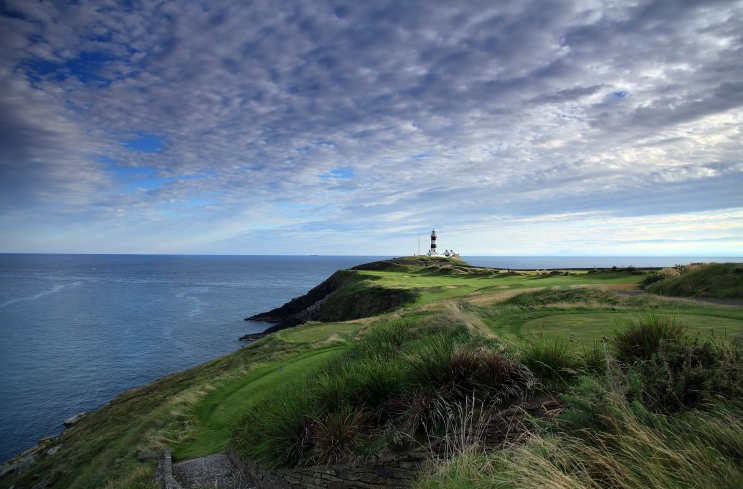 It was dark when we arrived. The lights of the city stretched farther than I had expected. Traffic was bad, but not as bad as it had been in Dublin. John took the first parking spot he saw and we headed into the Pub across the street. There was some sort of meeting going on and we invited hostile looks from people present. One woman glared like we had come to ruin her conspiracy.
“Hey mates,” John said. “Hope we’re not interrupting, just lookin’ for a pint.”
“Oh, Dear,” an Irish mum called getting up, “Come in, come in, excuse my manners. What’ll ya have?” She smiled and in the wrinkles around her hazel eyes I saw years of worry, strength, and laughter. Her hair reached out in tight curls.
“Guinness,” I smiled.
“Of course, dear, and for you?”
“Same.”
“There you are.”
She was endearing and nervous and her strong hands and rosy cheeks were everything I expected from an Irish barmaid. She was going on about some old head and John was paying close attention but I was drifting, taking in the authenticity. It was the Irish pub that I had always wanted to be in. I admired the flags and lace curtains and shamrocks that someone had painted on every spot of empty wall, gaily. At this point such space was hard to come by. There were top to bottom pictures from all sorts of celebrations, weddings, birthdays, football matches, all that looked like St. Patty’s Day and all to which we were at least 20 years too late.
“We’ll join,” John said and I turned back to the conversation I had missed. “Won’t we?”
“Sure,” I said trusting his judgment.
“Hey, Pauly,” she called both excited and more serious than I had heard her sound, “we’ve got two new recruits.”
“Sorry, we’re full,” snapped the vicious woman.
“Oh, bollocks,” the barmaid said ushering us over to the group.
A dark haired man with crystal blue eyes rose from the head of the table, “I’m Paul.”
“Pleased to meet you,” I said trying not to sound too American.
“This is Violet, I’m John, and we’re always up for fighting the good fight.”
I nodded and wondered what he had gotten us into. I felt like we accidentally stumbled into the den of a revolution, and I liked it.
“Do you know anything about the Old Head of Kinsale?” the steaming woman asked still glaring at me. I shook my head. Her hair was long and deep red and poured over her thin shoulders like the fire she seemed ready to spew.
“This is Nora, don’t let her passion frighten you. She grew up outside Kinsale so this matter is very dear to her heart.”
I wanted to ask what the matter at hand actually was but I was not about to say anything, lest she might rip my face off.
“Well, its nice to meet the lot of you. How can we help?” John asked